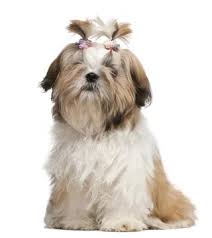 Evans Funeral Home announces the death of Mr. Charles Elbert Sims, age 92 of Jefferson, Georgia who entered into rest Saturday, September 18, 2021.  Mr. Sims was born in Cartersville, Georgia a son of the late Virgil and Emma Broom Sims, was a Veteran of the U.S. Army, a member of the First Baptist Church of Jefferson and the Baracas Sunday School Class and a member of the Jefferson Rotary Club.  Mr. Sims enjoyed a successful twenty-five-year career with Jackson Electric Membership Cooperation where he was the Manager of Member Services and served as Interim CEO for a time.

Mr. Charles Sims was a beloved member of the Jefferson community. He served as treasurer of Jefferson First Baptist Church for many years and enjoyed singing hymns with his Baraca Sunday school class on Sunday mornings. He also enjoyed leading the choir at local revivals.

Charles always supported his grandchildren in their many endeavors, especially tennis. He would come to every match and watch them play. He always reminded them to “move their feet” and play their best.

He was known for riding around town in his little red Toyota truck and waving as he passed.

If you ever played cards with Mr. Sims, you knew you were in for a game. He didn’t like to lose and expected his partner to understand that and play accordingly.

Mr. Sims was a man that always stayed true to himself and put others first. He never had an unkind word to say about anyone. He took the time to invest in all of his relationships, both family and friends. Mr. Sims was a man who led by example by always showing respect to everyone and was a fair man to all who encountered him.

Charles Sims was a class act who never wanted anyone to give up on their dreams. He will be missed dearly, but his memory and legacy will live on in his family and all that knew him.

In addition to his parents, Mr. Sims is preceded by two sisters, Ruth Hairston and Alice Burrell and a brother Amos Sims.

Funeral services will be held privately due to the COVID 19 Pandemic.  Burial will take place at Airline Baptist Church Cemetery, Gainesville, Georgia.

To send flowers to the family or plant a tree in memory of Mr. Charles Elbert Sims, please visit our floral store.