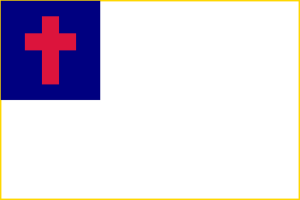 Evans Funeral Home of Jefferson announces the death of Mrs. Bobbie Hearn Jackson, age 90 of Jefferson, Georgia who entered into rest Wednesday, May 19, 2021.  Mrs. Jackson was born in Palmetto, Georgia a daughter of the late Cleo Hearn and the late Valla Preston Hearn, and was a member of the Victory Baptist Church in Forest Park, Georgia.  Mrs. Jackson along with her late husband Reverend Wayne Jackson, co-founded Hope Haven, Inc. in 1962 where she served as Secretary and Jackson Trail Christian School in 1975 where she served as Principal.  Prior to moving to the Jefferson area, she and Reverend Jackson started Central Baptist Church in Mansfield, Texas which is still active today.

Funeral services will be held 11:00 A.M. Saturday, May 22, 2021, from the Chapel of Evans Funeral Home with Reverend Eric Shelton officiating with burial to follow in Woodbine Cemetery.  Gentlemen honored as pallbearers are Kirk and Rhett Jackson, Blake Doster, Rodney, Jordan and Carson Black, Harrison McBride and Colby Johnson.  The family will receive friends 4:00 - 8:00 P.M. Friday, May 21, 2021, at the funeral home.

In lieu of flowers, memorials may be made to the Jackson Trail Christian School, 371 Hope Haven Road, Jefferson, Georgia 30549.

To send flowers to the family or plant a tree in memory of Mrs. Bobbie Hearn Jackson, please visit our floral store.